As we established in the last blog post, Gus gets speech therapy now.  He is into it.  And he is already making progress.  I am not going to lie, it is kind of fun to be on the other end of speech therapy.  And to be 100% honest, for the first time in my career, I fully see my professions value in the world.  Funny how things work out like that.

But back to Gus and his speech therapy.  One of the sounds he is working on is L.  He has been “wicking ice cream” and “wooking at somefing” for the last few years.  It is adorable, but at a ripe old age of four, it is time to clean it up.

The other night John tried to correct him by saying “la la last.”  No.  No.  No!!!!  Don’t do that.  John did not understand the SLP panic that ensued.  And then he reminded me that most people wouldn’t so maybe I should blog about it.  So that is what is happening. 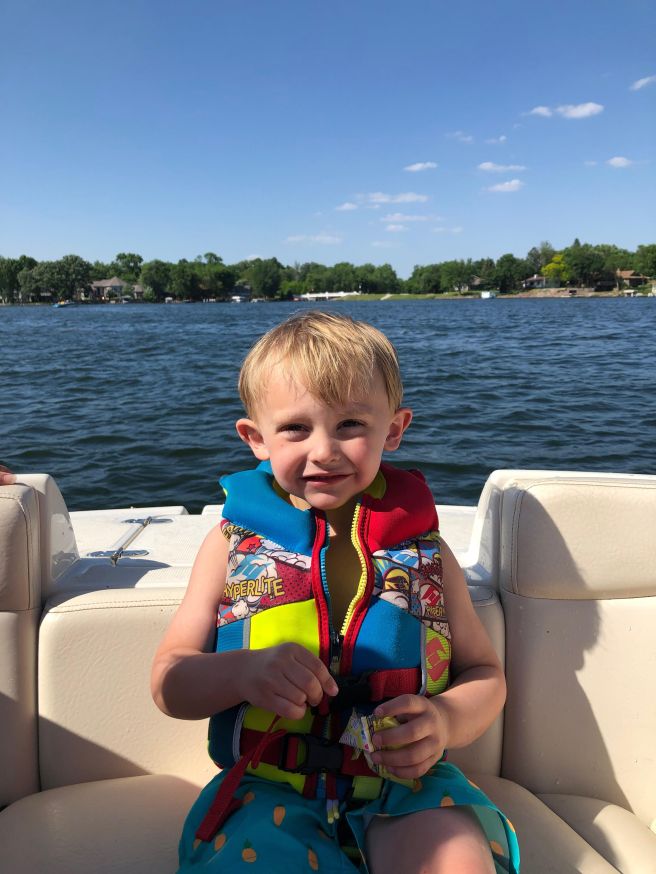 When working on new sound production it is important to emphasize the word, but not make the sound repeatatively.  There are three reasons for this.

Obviously the second reason is a big reason to avoid doing this.  Nothing is worse that watching a kid finally be able to produce a new sound, only to have to turn around and fix some disfluencies.  No thanks.

Children around age 3 are prone to typical disfluencies – like “I I I want more.”  This isn’t concerning.  You should not comment on it or ask them to correct it, and move on.  However, this is also the age a child is likely to “get stuck” in disfluency.  So working on speech with a 3 or 4 year old by making repeatative sounds is a great way to help them “get stuck” in being disfluent.

As for over generalizing…A few years ago I was having dinner with my family and my mom made lasagna.  My older brother turned the LaBamba song (you know, La la la LaBamba) into La la la lasagna.  It was hilarious and my 4 year old nephew Lincoln was way into it.  So he started doing this “la la la salad” and “la la la garlic bread.”  My brother, Nic kept telling him “It doesn’t work like that” as we all died laughing.  Then he took a drink of lemonade and said “la la la lemonade.”  We naturally burst into cheers.  Because my family is a little nuts.

But this is what happens when we focus on a sound and make it in a repeatative manner.  Kids use it for everything.  Lincoln and la la la lemonade is hilarious.  A child that does it for everything all day, every day…not so hilarious.

So what do we do instead of make it repeatatively? We make it clearly and, if possible, longer.  In example, we say “llllllllight” or “yelllllow.”  This gives Gus a chance to see exactly what my mouth is doing so he knows how to imitate it.  Make sense?  LLLLLovely.