This past week Hank and Gus ran in their first track meet.  Hank wanted to wear a tank top, because that is what runners wear.  That was the extent of our preparation for this momentous event. 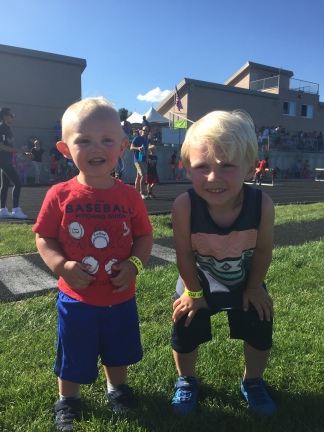 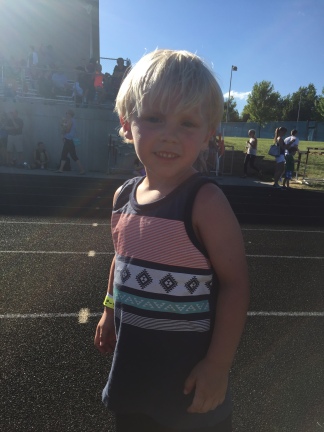 Hank had big expectations.  Gus had none…because Gus rarely does.  Hank went on and on all day.  He was going to run the fastest and run through the ribbon and be the winner.  He told this to everyone he came upon.  He was excited to say the least.

And then it happened.  The big race.  Fifty meter dash.  Hank lined up…which in turned cause Gus to line up.  There were 20 some kiddos under the age of six in Hank’s heat.  The whistle blew and little legs ran hard.  Gus made it about 10 feet.  He then put his finger in his nose and walked off the track to me. 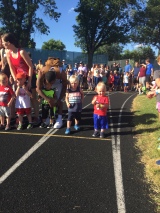 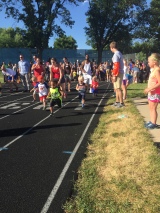 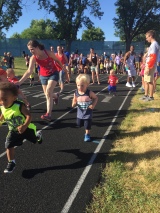 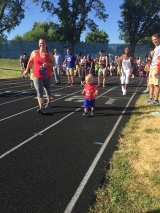 Hank was dedicated.  He ran his little heart out.  And about 20 feet from the finish line, he realized he was not going to be the winner.  And without breaking speed, he cried.  He ran and cried.

John waited for him at the finish line where Hank fell into him.  “Daddy I got scared when I wasn’t winning.”  I watched from down the track as John told him he was proud of him for trying something new.  And sometimes he isn’t going to win races and games and awards.  If he wants to practice to become better, we would help him practice.  John told Hank he finished the race and he tried hard, and that was a job well done.  Hank stopped crying and proudly ran to me, telling me of his accomplishments.

There was that happy medium I so often struggle to find.  The happy medium between participation awards and yelling at four year old children to push harder. 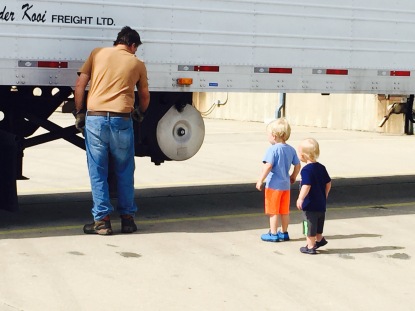 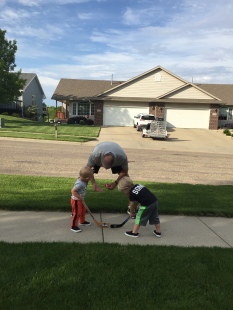 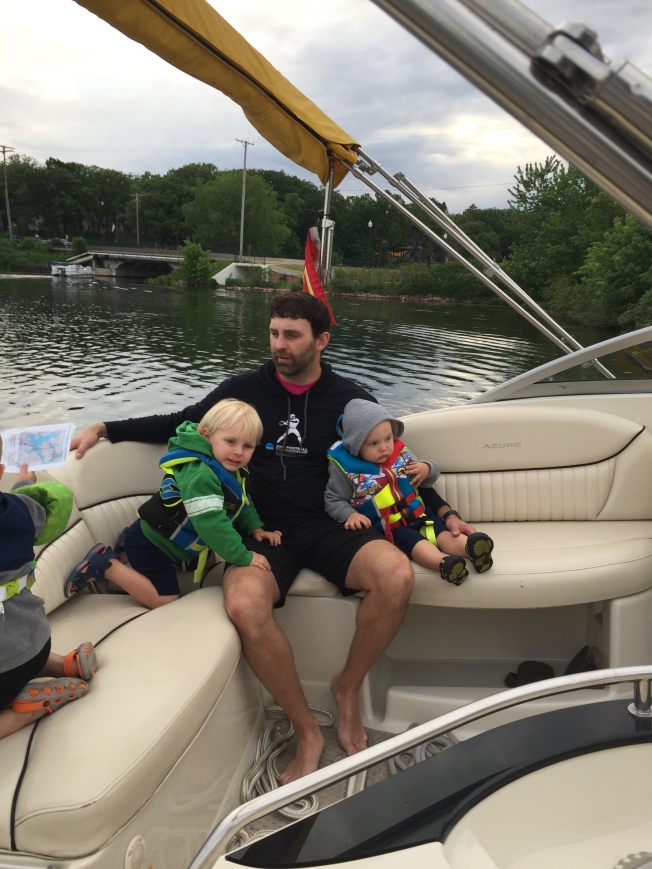 Happy Father’s Day to all of the amazing dads out there.  The ones who are providing childhood memories for their children.  To the dads (and grandpas) who are taking their kids to track meets, out fishing, and for bike rides to the donut shops.  You are not just raising kids, you are raising amazing adults.