We got a package in the mail this week.  Or as Hank calls it, “a pasket.”  It was a small bag of candy from the accountant I work with.  A treat!  Just for me.  Why was it just for me?  Because it was cinnamon bears…and I knew they wouldn’t love them.  (yay me!) 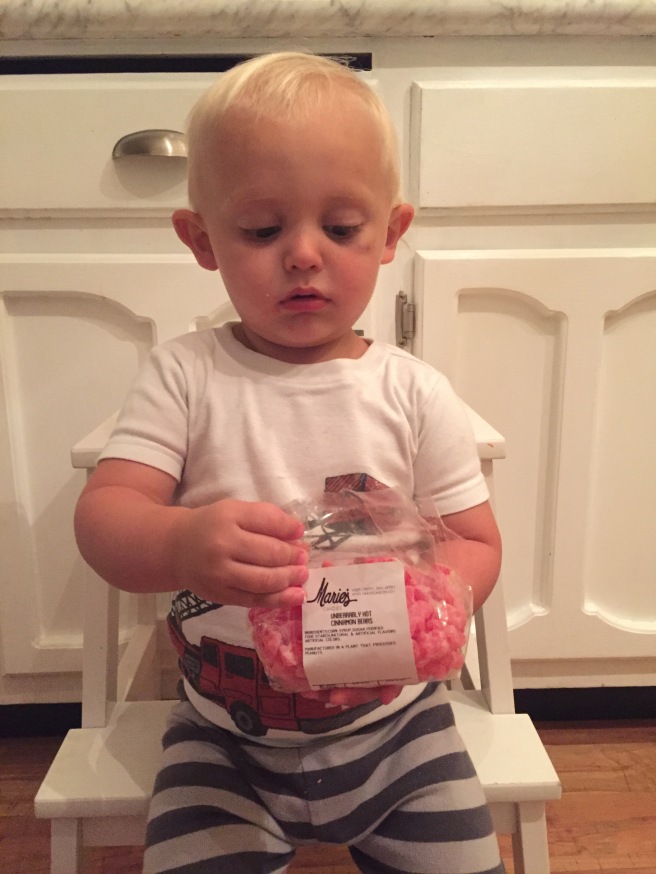 Naturally, they asked for them.  First Hank, then Gus.  The difference between two and three years of age at our house is this:  Hank knows when I am lying.  Gus always thinks I am lying – or knows and just doesn’t care.  So when I told Hank they were “spicy,” he asked for a graham cracker and moved along.  When I told Gus they were “spicy,” he said “I like candy.”  He then proceeded to grab a handful and shove them in his perfect little mouth.  What followed was glorious.

The first 10 seconds were nothing.  He smiled and chewed and was pleased to have taken candy that his brother so foolishly passed up.  And then it happened.  The spit.  The yell.  The dirty looks.  Because he had been tricked – by a treat.

One thought on “Tricked by a Treat”